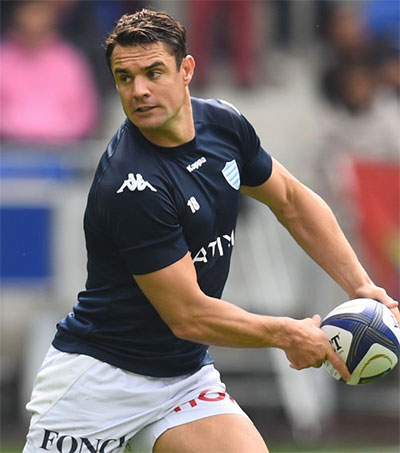 Legendary former All Black fly-half Dan Carter tells ESPN that while the physical challenge of seven weeks of fierce competition at the Rugby World Cup sets it apart as the sport’s ultimate test, it is mental strength that can prove the difference by the time of the final.

Before that, however, the All Blacks had to endure 24 years of anguish from their 1987 win on home soil until their second global title.

“The biggest learning for the All Blacks, especially from 2007 to 2011, was we put a lot of work into the mental side of our game,” Carter says.

During Carter’s first taste of World Cup rugby, in 2003, the All Blacks were beaten by tournament hosts Australia in the last four. But Carter was only a squad player then, and his anguish was nowhere near as profound as it was four years later.

The seismic shock of Cardiff in 2007, when France stunned the All Blacks 20-18 in a pulsating quarterfinal, still haunts Carter and his fellow countrymen.

Carter, who had to go off injured in that game, recalls: “We came unstuck in the quarterfinal of 2007 and we hadn’t been put under that type of pressure before by the French team. We didn’t have an answer and we didn’t play well enough.

“The New Zealand Rugby Union, instead of changing coaches, they stuck with the same coaches [Sir Graham Henry and Steve Hansen] and everyone learnt lessons from that Rugby World Cup and, in a lot of things, we changed.”

The appointment of a mental skills coach, Gilbert Enoka, was “hugely instrumental” in addressing the All Blacks’ fragility under pressure, the 37-year-old says.

Carter’s glorious career, in which he scored a record 1598 Test points and which he is currently extending in Japan with Kobelco Steelers, is documented in the recently released biopic Dan Carter: The Perfect 10.

What is Carter’s blueprint for Rugby World Cup success?

“I think you need to separate Rugby World Cups from just normal Tests matches because they’re completely different from anything you do and play at international level. You have to be better prepared because things are going to happen in that seven weeks that really challenge you.”

Carter believes the All Blacks, who beat South Africa 23-13 in their Pool B opener, then Canada 63-0 and Namibia 71-9, are well primed to secure a historic ‘three-peat’ in Japan, despite not being rated as highly as the stellar teams he played for.

The All Blacks face Italy this weekend at the 2019 Rugby World Cup.