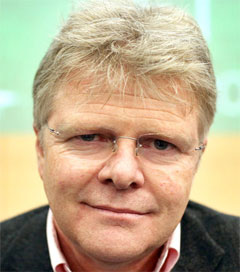 “As [New Zealander] Neil Berkett prepares to depart the stage, the man who has arguably been the most successful CEO in UK cable said he was immensely proud of what has been built at Virgin Media,” Julian Clover writes for Broadband TV News. Berkett’s speech at Cable Congress 2013 in London “likened the build out of the broadband network to the great engineering projects of Victorian England.” “‘Superfast communications are as important to national success as canals and railways were in the past,’ he said. ‘The cable sector has not only avoided the recession but has grown.’” Berkett, a former banker, leaves his post at Virgin once the takeover by American cable company Liberty Global is complete.