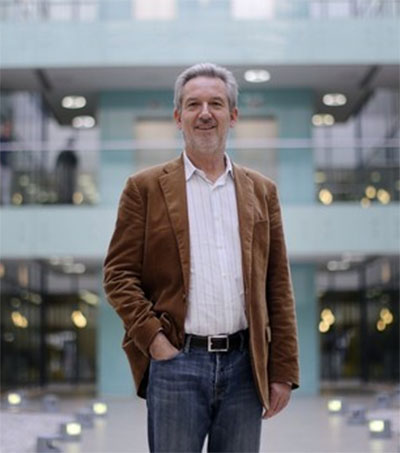 Mockridge is so habitually late that, when he left his job running Rupert Murdoch’s News International, the staff presented him with a Rolex watch inscribed Sempre in ritardo. He eventually appears for a meeting with the Times’ Henry Mance half an hour behind schedule.

His other famed trait, cultivated during two decades at the top of the media industry, is a lack of pretension. At Virgin’s London headquarters, Mockridge and Mance will not be meeting in his office – because he does not have one. Instead he makes do with an open-plan desk and a nearby meeting room.

Mockridge joined the cable group in 2013 shortly after it was acquired by Liberty Global for US$24bn. His main task is taking on BT, the former monopoly that owns the UK’s largest broadband network. Virgin’s previous owners lacked the cash to lay more high-speed cable; with Liberty’s funding, Mockridge is overseeing a £3bn plan to dig up roads in cities such as Manchester and Leeds.

But he has also taken on another sizeable challenge – changing how Premier League football rights are sold in the UK. In February the television rights were auction­ed for £5.1bn to BT and Sky, in which Murdoch’s 21st Century Fox is the largest shareholder. Virgin had already launched an audacious complaint to disrupt the process; it has been yelling from the sidelines ever since.

Mockridge, 60, is not himself an avid supporter of the English game. “I’m a New Zealander. I’ve grown up with rugby,” he says.

His time at News International, publisher of the Times and the Sun newspapers, was about the least enviable assignment possible. In the aftermath of phone-hacking revelations, lawyers were everywhere and rival newspapers kept producing more allegations of illegality. “It was a bit like a hostile takeover bid everyday,” says one person involved.

Whatever Virgin’s regulatory and operational challenges, it promises an easier ride. “Sometimes I say to my colleagues, if you want to have a tough job, go and run a newspaper,” Mockridge says.