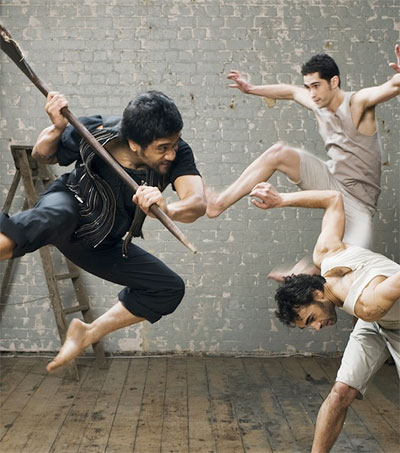 Choreographer Neil Ieremia and his contemporary dance troupe Black Grace are currently on tour in the United States, firstly performing their 20-year retrospective programme, including Gathering Clouds, for Philadelphian audiences.

Wellington-born Ieremia said that his work is “full of energy, rhythm and physicality, imbued with a strong Pacific sense of spirituality, pride, and humour.”

The main work the company will perform is Gathering Clouds. That piece is a response to an academic paper released to the media in 2008 that made claims about the so-called negative impact of Pacific Island migration on the New Zealand economy, Ieremia said.

“The process was very organic: it started from outrage, frustration, and ultimately pain,” he said.

“Dance is my chosen form of expression and I’ve been practicing it for the majority of my life,” he said. “By the time I had discovered it was one of the most difficult and challenging of the performing arts to be involved in, it was already too late to change course.”

The course, though, has taken him around the world with his company. He’s happy that he has been able to do that, but mostly, he appreciates that dance lets him be himself.

Black Grace tours the US throughout February. Their show is on at the Annenberg Center in Philadelphia, Pennsylvania on 12–14 February.