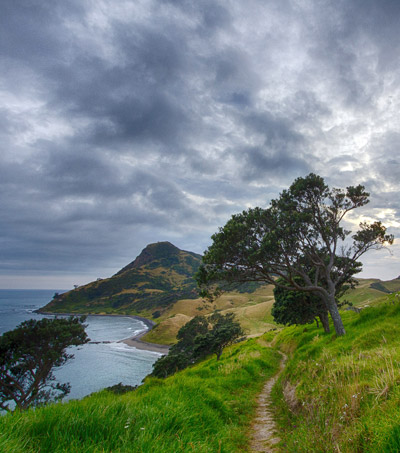 New Zealand the Safe Haven for Super-Rich Preparing for Doomsday

“Some of the wealthiest people in America—in Silicon Valley, New York, and beyond—are getting ready for the crackup of civilization,” writes Evan Osnos in an article in The New Yorker. While some are “stocking up on Bitcoin and cryptocurrency”, others try to “figure out how to get second passports if they need it” or “have vacation homes in other countries that could be escape havens.” And they see New Zealand as such escape haven.

“Saying you’re ‘buying a house in New Zealand’ is kind of a wink, wink, say no more,” explained Reid Hoffman, co-founder of LinkedIn and a prominent investor.

“In fact, the influx had begun well before Trump’s victory. In the first ten months of 2016, foreigners bought nearly fourteen hundred square miles of land in New Zealand, more than quadruple what they bought in the same period the previous year, according to the government. American buyers were second only to Australians.”

“I think, in the back of people’s minds, frankly, is that, if the world really goes to shit, New Zealand is a First World country, completely self-sufficient, if necessary—energy, water, food. Life would deteriorate, but it would not collapse,” said Jack Matthews, an American and chairman of New Zealand broadcaster MediaWorks.

“The difference between New Zealand and the U.S., to a large extent, is that people who disagree with each other can still talk to each other about it here. It’s a tiny little place, and there’s no anonymity. People have to actually have a degree of civility.”

It’s the country where “sheep outnumber people seven to one. In global rankings, New Zealand is in the top ten for democracy, clean government, and security.” “In a recent World Bank report, New Zealand had supplanted Singapore as the best country in the world to do business.”

“The growing foreign appetite for New Zealand property has generated a backlash. In a discussion about New Zealand on the Modern Survivalist, a prepper Web site, a commentator wrote, ‘Yanks, get this in your heads. Aotearoa NZ is not your little last resort safe haven.’”