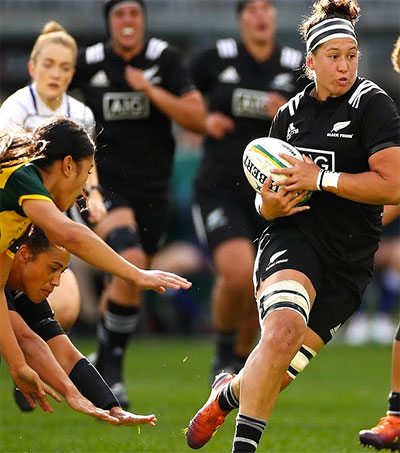 Australia’s Wallaroos “were drowned” 47-10 by World Champions New Zealand in the first of two women’s Tests in front of 30,142 fans at Optus Stadium in Perth. Sam Worthington reports on the heavy loss for Australia’s Fox Sports.

The result came as no surprise given Australia has never beaten the Black Ferns, who extended their trans-Tasman stranglehold to 18 straight wins over their nearest neighbours, Worthington writes for the news network.

It also meant the New Zealanders retained the Laurie O’Reilly Trophy as the teams prepare to square off again at Auckland’s Eden Park this Saturday.

“We allowed ourselves to get bullied,” dejected Wallaroos coach Dwayne Nestor said.

The Wallaroos made a promising start, winning a penalty from the first scrum, but the black machine quickly clicked into gear, dominating all facets of the game.

Wallaroos captain and No 8 Grace Hamilton stressed the need for the team to stay tight as they prepare to fly to Auckland and identified a long list of work-ons.

“Defensively, we didn’t value the ball enough and we turned it over easily,” Hamilton said.

“We played into their hands.”