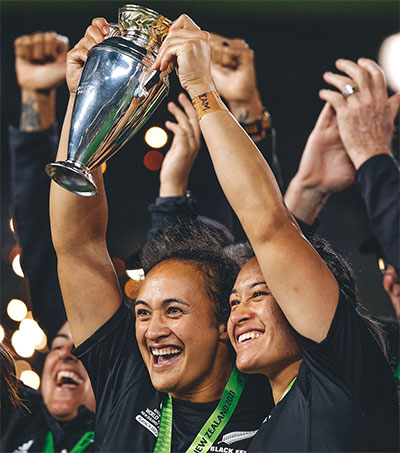 “This was the biggest game of women’s rugby ever played and, somehow, it exceeded even that lofty billing. New Zealand are the Rugby World Cup champions but only after a quite stunning contest that demonstrated why the tournament has captured the imaginations of so many,” Guardian rugby union correspondent Robert Kitson writes about the historic 34-31 win at Eden Park.

“Given England have had the benefit of full-time contracts for longer than any of their rivals, it must also rank as one of the great coaching heists. When Wayne Smith took over earlier this year, the Black Ferns were in disarray after a coruscating review into the treatment of the players by the previous regime. Smith simply told his players to go out and play with freedom and joy. The rest is history,” Kitson writes.

“A world-record crowd of 42,579 for a women’s fixture added further resonance to an occasion which had everything.

“This tournament has felt like a coming of age for the women’s game in multiple respects, both in Aotearoa and farther afield. Once again, though, it is New Zealand who reign supreme.”