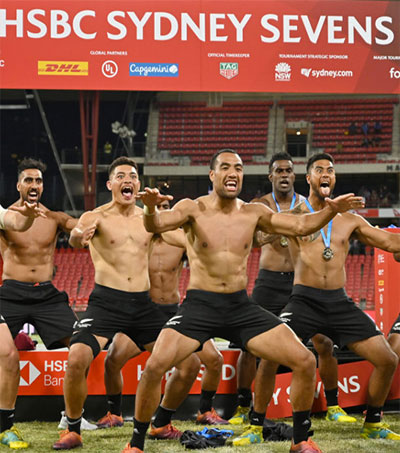 For the second time this season, New Zealand got the better of the American Eagles in a World Rugby Sevens Series gold medal encounter. The 21-5 victory for the All Blacks sees them tie with the US at the top of the overall standings.

Defeat in the final means the Eagles once again share the spoils at the top of the overall standings, although this time with the All Blacks following Fiji’s fourth-place finish in Sydney.

The All Blacks proved themselves to be the dominant force, and sent out a big statement with a six-try, 36-14 victory over Fiji in the semifinals. Victory over the US was their seventh sevens title on Australian soil.

“I thought we played extremely well over the past two days apart from a slow start yesterday morning,” head coach Clark Laidlaw said.

“To execute as well as we did in those last two games is really pleasing and shows the huge amount of belief this team has.”

In the women’s competition, there was a repeat of last year’s final with Australia meeting New Zealand.

This year, however, the result was overturned with the Black Ferns defeating the home favourite 34-10, completing New Zealand’s double in Sydney.

“It doesn’t get much harder than beating Australia in Australia, and we hadn’t won the Sydney event before so it’s a great moment,” coach Allan Bunting said.

“This weekend has definitely tested our depth and it has been really pleasing to see everyone step up and put in performances they can be proud of.”