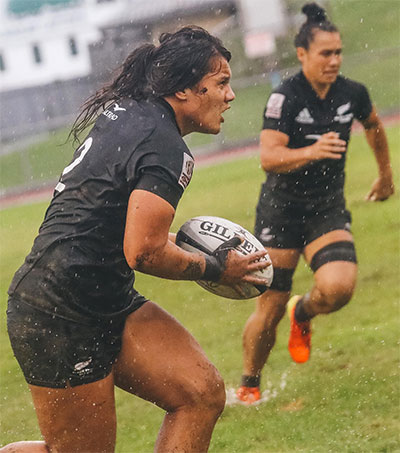 One in five rugby players in New Zealand are now women, and their numbers are rising. But persistent stereotypes are proving hard to dismantle, Pete McKenzie reports for a feature in the print issue of The New York Times, published with the headline: ‘A Gender Revolution Is Brewing Inside a Bastion of Male Identity’.

For years, the number of New Zealand men playing rugby has been declining, with women fast replacing them. In 2022, for the first time, there will be a professional domestic tournament for women’s fifteens rugby. In October, the country will host the women’s World Cup, McKenzie writes.

“Rugby is still run by older white chaps, when this game is played by women, by Māori, by Pasifika,” prominent rugby analyst and player Alice Soper said. “We’re not represented in the seats of power.” Women, as result, get less investment, fewer resources and far less news media coverage.

Until issues of pay and opportunity are addressed, however, the burden falls on women to champion the game.