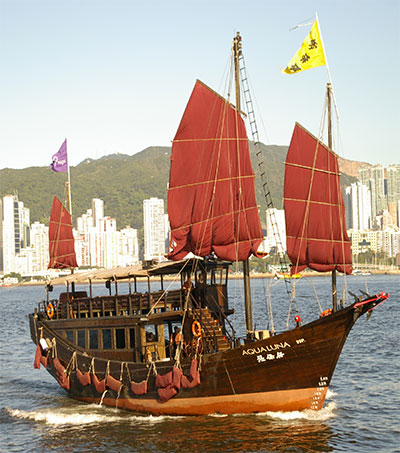 New Zealander Benjamin Hadfield is co-founder of a Hong Kong-based start-up company, which serves as an online marketplace where anyone can easily book a junk for the day.

Junks.hk aims to bring the city’s junk party industry up to speed.

“It’s so much fun to be on one of these, but why is it so hard to actually get on one in the first place?” founders Hadfield and American Matt Nodurfth thought to themselves before coming up with the idea. Prior to starting Junks, Hadfield worked in operations and client management at a large shipping company, while Nodurfth was a software engineer.

Junks.hk simplifies the booking and planning process by simply asking users what date they want to rent a boat on. A list of available junks is returned, allowing the user to choose between the day or night shift and see which slots are free. The full price is listed up front, ranging from HK$4,000 to HK$10,000.

Less than two months after its launch, the duo say their start-up is already breaking even. Junks takes a commission on each trip, which is included in the displayed price. Hadfield and Nodurfth say they are open to outside investment from someone with expertise in the field, who can help them get into the public eye.

Once Junks gets to the point where it can sustain itself, Hadfield and Nodurfth are looking to branch out into other event bookings, such as trams. They say they could adapt the technology to tram parties. Direct venue booking is also in the pipeline.