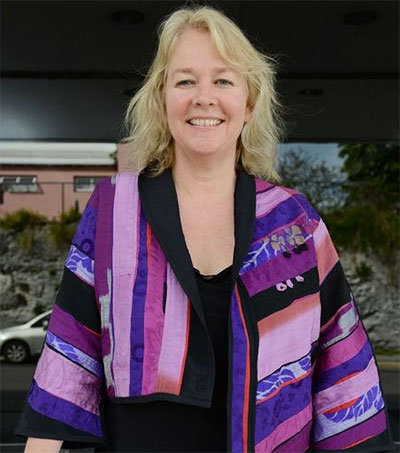 Audette Exel on How Profit and Purpose Intersect

Founder and chair of the Adara Group, New Zealander Audette Exel was interviewed recently at the 2017 EY World Entrepreneur of the Year Forum in Monaco.

When you picture success in the corporate world, Exel’s story is the one you probably visualise. After graduating from university she worked as a corporate lawyer in Hong Kong before transitioning to a career in finance, where she became the chairperson of the Bermuda Stock Exchange, the only woman to ever do so.

“My story’s been an incredibly lucky one” Exel said.

Yet, right when she reached the heights of her career in corporate finance – living and earning as comfortable as her job title would suggest – she walked away from it. “It was time to really step out and try to be an entrepreneur,” she said. But her motivation wasn’t money, having ‘an itch to scratch’ or a feeling like she needed more control of her destiny. Her motives were far more altruistic than that.

“I was a social activist before I was in the financial business,” she said. “My story is not really a story of a business woman who decides to give back, it’s more a story of an activist who decided she better learn more about business and power to make a change in the world.” As her success in finance demonstrates, she took that learning seriously. But her desire to help the less fortunate was even more serious.

Thus, Adara Group was born. The group is part corporate advisory, part community outreach, with the former supporting the latter. Thanks to her banking and financial acumen, the advisory side blossomed. That side of the business “was created for the sole purpose of generating revenue to fund development.”

And, as you can imagine, Exel puts that funding to good use. So far, her work has included everything from building a neonatal intensive care unit in a hospital in Uganda to freeing 136 trafficked children from an orphanage in Nepal, even negotiating with the human traffickers for their release.

Most recently, Exel and her team began working with residents on the Nepali-Tibetan border, which involved a 25-day walk from the nearest road. “It’s an amazing, beautiful part of the world, but in huge need because it’s so hard to get up to. It’s hard for [the] government to deliver services, hard for nonprofits to deliver services, so we do the work in remote places where other people find it difficult to go,” Exel said.