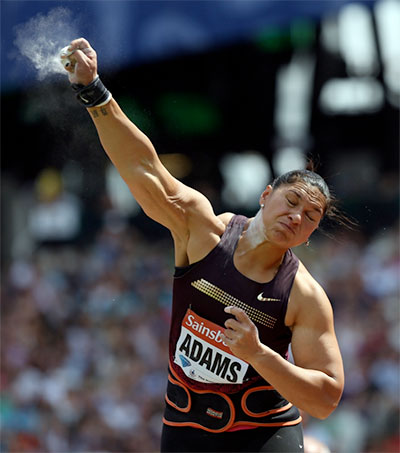 She is the first woman to win four consecutive individual titles at the world track and field championships.