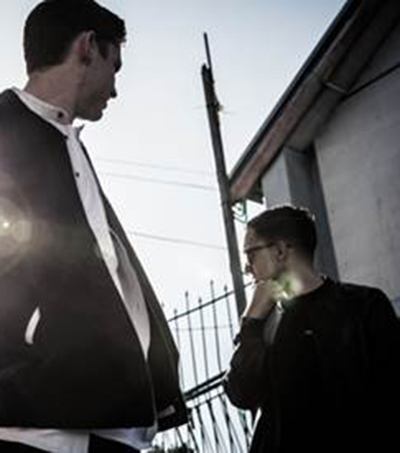 I Love Ugly to Open Store in LA

Founders of menswear label I Love Ugly have reluctantly stepped into the spotlight as they prepare to go global.

The New Zealand entrepreneurs are about to open their first international store in LA on July 18, with plans to do the same in San Francisco.

Three years ago Valentin Ozich and Barnaby Marshall worked in a tiny space in a shared Eden Terrace office in Auckland. Since then they have politely kicked out the other tenants and I Love Ugly menswear has taken over the whole building.

“It’s been a fast ride but not without a lot of hard work and determination,” Marshall, 24, tells Rebecca Barry Hill of the NZ Herald.

I Love Ugly has won over Kiwi guys and gained global popularity through social media and word-of-mouth, everywhere from Paris to the Virgin Islands, becoming one of the fastest-growing businesses in the country.

The driving force behind their monumental growth is undoubtedly their online presence, with 226,000 Facebook followers and 54,000 on Instagram.

“Since the very early days we’ve said ‘the Internet makes the world so small’. The question isn’t how does someone in France find out about us but how does anyone anywhere? A customer in Ponsonby is no different to someone in Paris.”

The pair stumbled across the space for their LA store while walking in West Hollywood.

“We were walking along and thought, ‘this looks perfect’. There was a ‘for lease’ sign, like it was handed to us on a plate,” says Marshall.

The USA is I Love Ugly’s biggest market outside New Zealand, followed by Australia, Canada, France, Germany and the UK, where I Love Ugly is available through ASOS.com.