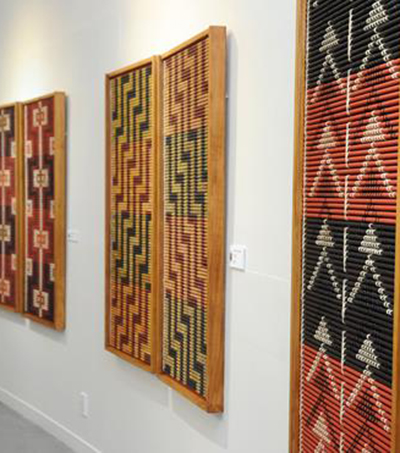 Fifty woven panels by 40 Maori artists are to hang permanently next to the entry of the General Assembly Hall at the UN Headquarters in New York. The tukutuku panels, a revered art form in… 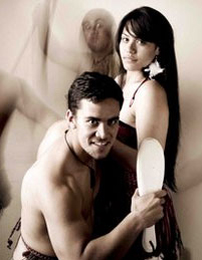 The director of New Zealand’s version of Troilus and Cressida Rachel House explains how she put Maori culture at the heart of Shakespeare’s Trojan tragedy. Thirty-seven theatre companies from around the world are presenting… 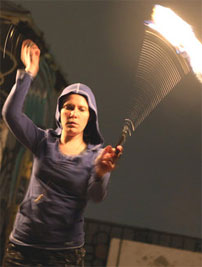 New York fire poi dancers are flouting fire restrictions and meeting stealthily on top of city rooftops to attend secret classes, where students are careful to remove any traces of their activity afterward…. 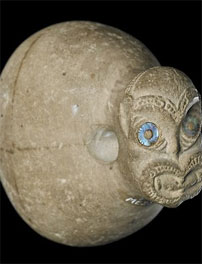 Heirlooms Of Past For Future

‘Maori — Their Treasures Have a Soul,’ an exhibition of Maori art and artifacts at the Quai Branly Museum in Paris on through 22 January, juxtaposes ancestral heirlooms with contemporary art, architecture, photography, film… 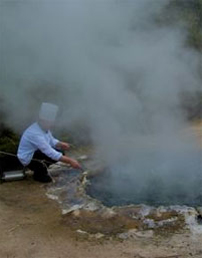 “When I first see Shane Beattie engulfed in clouds of steam, sweat running in rivulets from beneath his white chef’s cap,” Wanda Hennig writes in an article for South Africa’s Independent Online, “he looks… 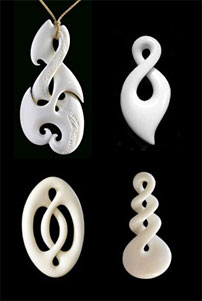 A selection of “amazingly beautiful” hand-crafted bone carvings from Auckland-based gallery The Bone Art Place feature on American industrial design blog site Core77. “They are soft and warm to the touch yet the finish…

And the award goes to

Lincoln-born Phil Keoghan, Emmy Award-winning host of television show ‘The Amazing Race’, shares some of his on and off air adventures with USA Today ahead of the show’s 13th season and a stint in…

Icon and Storyteller Who Inspired All

Veteran actor and filmmaker Don Selwyn has died aged 71 after a long illness. Selwyn was a founding member of the New Zealand Maori Theatre Trust and He Taonga Films, and was…

The Kahurangi Maori Dance Theatre will celebrate Waitangi Day in Kuala Lumpur, performing at the Malaysia-New Zealand Cultural Extravaganza. Founded by Tama Huata in 1983, Kahurangi has showcased the songs and dances of the…

2006 has seen a rash of advertising and design taking inspiration – with varying degrees of offensiveness – from Maori art and culture. An Italian ad for the Fiat Idea showing a group of…

Indigenous Art in the Spotlight

One of NZ’s most respected Maori artists and pioneer of indigenous art in schools, John Bevan Ford, has died aged 75 from cancer. While tremendously skilled in traditional Maori wood carving, Ford is best perhaps known…

The largest exhibition of Maori art ever to show in the US opened at San Francisco’s Yerba Buena Centre for the Arts on August 4. Entitled Toi Maori Art from the Maori…

The Kahurangi Maori Dance Theatre enthralled Boston audiences, according to the Village Voice. “From rapid finger flutters to haka warrior poses, thrusts, and vocal outbursts so strong you feel them in your gut, Tama…

National Anthem or Call to Arms?

Return of the Native?

As Whale Rider premieres in the UK, the Guardian ponders its impact as NZ and Maori cinema, and the cultural factors at play. “longside the celebration in New Zealand’s film industry, there has also…

The government has announced an increase of $7.075 million per annum for the Maori Television Service.  MTS will eventually reach 86% of the population. “It is important to note that this is a greater level of coverage…

“Maori swamp creature delays road”. The proposed upgrade to a stretch of Waikato road is of concern to local Maori, who believe that the underlying swamp-land is home to a taniwha. This, they explain, is the reason…

Auckland artist George Nuku’s mother-of-pearl pendants draw inspiration from his Maori cultural heritage and feature on the cover of June’s American Vogue. “Pile on multiple pendants for a modern, urban edge”, Elle’s ‘make it your…

BBC1 uses the haka amongst a series of segments featuring multicultural imagery used to re-brand the British TV Channel, attracting reaction in NZ. Maui Solomon: “The Western culture, having all their own stories, are starting to mine…

Danish toymaker Lego is to stop making a multi-million-dollar range of toys after protests from New Zealand Maori groups, claiming the company had appropriated their language and images for the toy range. “Future launches of Bionicle sets…

Intellectual property Lawyer and “defender of Maori culture” Maui Solomon challenges the right of Danish toy-maker Lego to use Polynesian words in its new game Bionicle.

Early European explorers of the Pacific created a cult of the South Seas – Sir Joseph Banks, for example, had his portrait painted wearing a Maori cloak over his European dress. Now the Pacific refocuses the…

Dr Dorothy Millar began to question western values after contact with Maori culture, leading to a life spent working for justice and prosperity for all.

Fire poi are “trendy, hypnotizing and arty”, if a little confused: “The toys draw their name from the Maori people of New Zealand. Barred from speaking around men, Maori women invented poi dancing as a way…

League of Their Own

The Aotearoa Maori League team is “modelled on the Maori battalion,” says John Tamihere. “It will be a team of origin not of residence. And that’s great, it doesn’t matter if they’re on Mars, they’re still Maori.”

An Italian monk’s stinging criticism of British mistreatment of Maori has been published in New Zealand for the first time – more than 100 years after it was written. Written by Benedictine monk Dom Felice Vaggioli,…

Sir Peter Platt was born in Sheffield but spent a lifetime merging the music of the edges in the antipodes: he regarded an understanding of the music of the regions as crucial and guided his students…

The Washington Post’s Kid’s Section “Web@tlas” spotlights Australia and New Zealand, inviting readers to “take a peek into the world of the Maori – including the intricate tattoos that “they’re known for” by linking…

“The indigenous people of New Zealand are spotlighted at Maori Culture including historical background, portraits and even a cookbook.”

Oceania Merge the Edges With Log Drums and Electro Beats

Former leader of Killing Joke Jaz Coleman joins Maori singer Hinewehi Mohi in a high-tech fusion on their eponymous debut. “This isn’t a fashion record for me, or a passing flirtation with another culture,” says Coleman, recently…

Along with fellow Kiwi Bill Hammond. Lisa Reihana, with the Pacific Sisters, has been honoured with a show at the prestigious Sydney Biennale 2000. Exploring Toi Maori, her works weave between the contemporary and…

Oceania, with the release of its self-titled debut album and led by ex-Killing Joke frontman Jaz Coleman, makes a spirited and successful atempt to bring Maori music from New Zealand to a global stage. The result is…