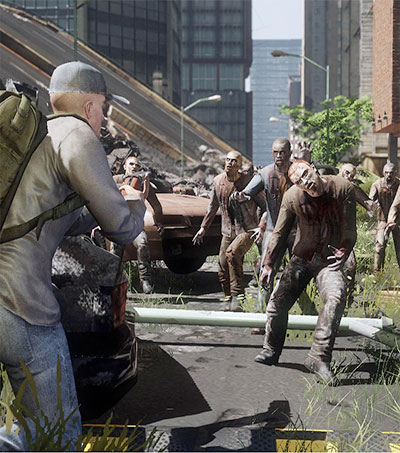 Game designer Dean Hall, 33, has announced that his zombie survival game “DayZ” has reached more than 2.5 million players since its launch in December last year.

Prague-based developer Bohemia Interactive recently delayed update 0.49, which will launch this week. The update will improve animal AI, horticulture and a number of other features. The company promised that several “new initiatives to increase transparency and accessibility to the development process” will roll out in September.

“The initial implementation of horticulture is prepared but using placeholder assets, and it will need some attention from the programming team,” lead designer Peter Nespesny said on the DayZ blog. “I personally feel this system can have a lasting change on how many people will approach Chernarus. Imagine being independent of inhabited places with your own grown crops, meat and clothing from hunted animals.”

“DayZ” launched on 17 December 2013 on Steam Early Access in an alpha release. After one hour, the game had recruited 19,000 users. During the first 12 hours, the new title drew 88,000 players. After 24 hours, “DayZ” had been downloaded 172,500 times. The open-world multiplayer title was created by New Zealander Hall and developed by Bohemia Interactive. “DayZ” is a standalone version of the award-winning mod of the same name.

“DayZ” is a basic survival horror game, where players take on tasks to gather food, supplies, medicine, clothing and water in a 225-square-kilometer setting. Items can be collected in random places such as abandoned vehicles, homes and barns. Players can also pick up weapons for protection from other players or the undead.