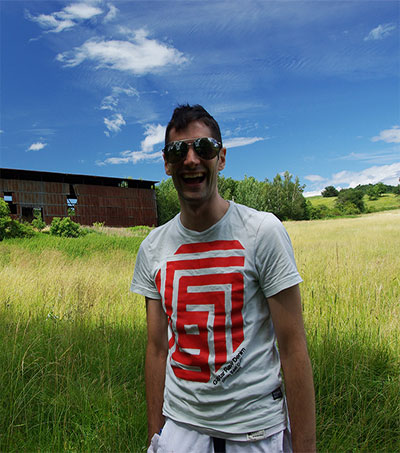 Dean Hall was on stage at Microsoft’s E3 press conference this year to unveil a name and a teaser for his studio RocketWerkz’s brand new game, Ion. But despite his role in helping Microsoft announce their own Early Access-style initiative with Xbox Game Preview, the native New Zealander who made his name as the brain behind the wildly successful DayZ hasn’t gone full corporate yet.

“What’s it been like to grow from the DayZ era to what you’re doing now, someone who’s leading two teams?” Polygon’s Arthur Gies asks.

“What I wanted to do was make games that I wanted to play. I can’t really do that by just making one game every three years. The idea was to find some talented people with good ideas and go forward with those,” Hall says,

“That’s been one of the most awesome things about running Ion. We just found really good people, working with Improbable in London. It’s been fantastic, a bunch of really smart guys making technology.

“What was the root idea there with Ion?” Gies asks. “With DayZ it’s something very grounded, whereas Ion seems like this very expansive concept, with a very strong central conceit.”

“Do you know a game called Space Station 13, a free game?” Hall replies. “It’s very esoteric. It’s a top-down 2D sprite-based game. It was made by some semi-mysterious figures, played a lot on 4chan and Reddit and those things. It’s round-based. You play a role on a space station. Maybe about 50 players. Other people will be on it. You play your role for about two hours until the space station explodes. It’s incredibly intricate in what you can do, but also incredibly difficult to learn how to play. That was the core idea of the game.”

Hall is from Oamaru. He was a Commissioned Officer of the Royal New Zealand Corps of Signals in the New Zealand Army and attended survival training in Brunei where he came up with the basic idea for DayZ.

He is also a mountaineer and has climbed Mount Cook and Mount Everest.