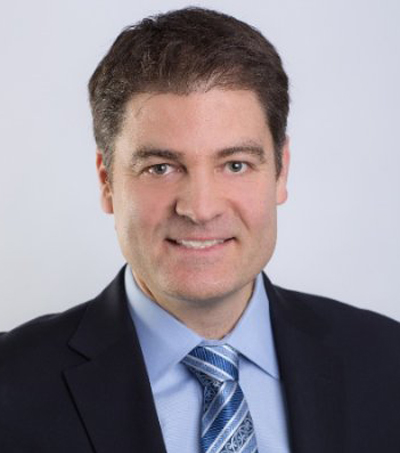 “The IAPP Vanguard Award recognizes privacy professionals ‘who show exceptional leadership, knowledge and creativity in the field of privacy and data protection, whether through spearheading projects or programs that positively impact the profession or through achievements over the course of an entire tenure or career’.”

“No one exemplifies excellence in our field in a greater magnitude than Brendon Lynch. He has shown the dedication and diligence to our profession that demonstrates a true professional, someone who believes that this is more than just a job,” said IAPP CEO and President Trevor Hughes, CIPP.

“Brendon rarely speaks in hyperbole. He speaks not to negotiate answers, but to provide the right answers to the tough questions that face our field. He is trusted and admired by the full spectrum of the privacy world, from the most ardent advocates to the most grizzled industry veterans.”

Lynch is “widely regarded as a privacy titan” and has “had a long and storied career in this burgeoning field.” He attended Paeroa College and the University of Waikato in New Zealand where he obtained his Bachelor of Business Management and began his working career at PricewaterhouseCoopers “in London, just as 1995’s Data Protection Directive had gone live in Europe. But the EU wasn’t alone in its escalation of privacy issues (and subsequent legal debates). The U.S. was seeing similar action in the way of privacy lawsuits and Federal Trade Commission enforcement. Lynch decided to transfer to PwC’s New York office, where he spearheaded the creation of a partnership with a privacy technology provider called ‘Watchfire’, according to the article.

He then “took the leap into the software industry to leads Watchfire’s privacy business” and was “offered a role on Microsoft’s privacy team” in 2004 and took on “on the chief privacy officer role in 2010.”

“Of his many accomplishments through his 17 years as a privacy professional, Lynch names his work helping the IAPP develop its CIPP certification in 2004 as among his proudest.”

“At that time, it was clear that privacy was going to develop into a very important professional domain and that a professional certification was essential to its development. In addition to building one of the modules of the certification, I had the honor of delivering certification training to many hundreds of new privacy professionals,” he said.

“I am very honored to receive the IAPP Vanguard Award,” Lynch said. “There are so many privacy professionals out there doing amazingly innovative work, and to be recognized by peers in this way is extremely humbling.”