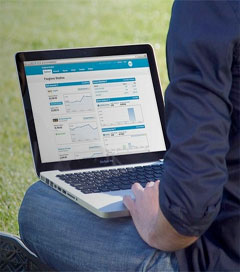 Wellington-based accounting software maker Xero signals a major push in the United States market, with appointment of former and current executives from Microsoft, HP and PayPal in a move analysts say could foreshadow a public listing in New York.

Xero chief executive Rod Drury said the management appointments were part of a plan etched out when the company raised $US150 million from investors, including PayPal founder Peter Thiel, last year.

“It’s time to build the best management team that we can,” he told The Australian Financial Review. “We’re doing really well in New Zealand, Australia and the UK, so it’s a new market. We’ve seen the same sort of patterns in each of the markets we’ve gone to so the US is where we’d expect it to be and it’s time to put a bit more gas on it.”

The company has established significant bases in New Zealand, Australia and the United Kingdom, racking up more than 200,000 small business customers in the three markets and forcing competitors to hire staff more aggressively in hopes of fending off further market share losses.

However the company has been preparing in the past 12 months to accelerate its move into the US, which has a potential market of 29 million small businesses. The company currently has 120 staff in the US, but as of September had just 16,600 customers in markets outside of its three primary locations.

The company is now worth more than NZ$4.8 billion. Rod Drury said there were no plans to list in the US immediately but acknowledged “we do like being listed in the markets we’re operating in”.