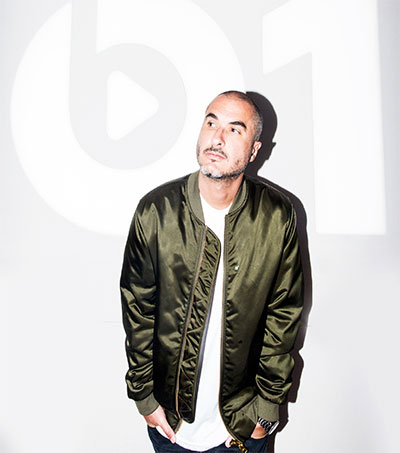 Lowe is now a DJ on Beats 1, an online radio station running 24/7 as part of music streaming app Apple Music. He’s found himself in charge of programming the free station while hosting his own show in Los Angeles, interviewing a growing crop of modern artists from The Weekend to Lady Gaga. Despite having worked in music for decades, Lowe never takes his current job for granted.

“My greatest [lesson], really, in recent times was that you know first it’s a privilege, it’s not an expectation,” Lowe says. “Being able to get behind a project early on should be something that you earn because you’ve done the best job at doing it.”

Apple Music has amassed over 20 million subscribers worldwide, and Beats 1 has been lauded for its tasteful programming and special guest shows, run by artists like Frank Ocean, Run The Jewels, St. Vincent and tastemakers Boiler Room.

“[Beats 1 is] a distraction-free, insatiable platform for music, with an emphasis on new music and trying to create new music,” he says.

“[At Beats 1] we have an untraditional approach in that we’ve offered people to listen to as much music as possible. And we’re going to give artists a chance to tell their own stories, play their own records, play their friends’ records and interview each other. We wanted to be a very collaborative and immersive experience for people that love music.

“It’s certainly not built for the passive music fan.