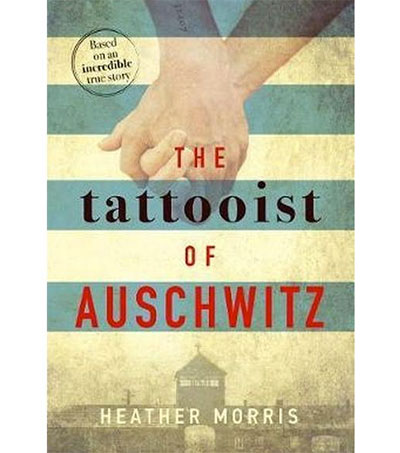 Out of one of the worst periods of human history comes an inspirational story, a beacon of light amidst the dark ruins of the Holocaust. For three years before his death in 2006, Lale Sokolov poured out his incredible and heartbreaking account of life and love in the Auschwitz concentration camp to Te Awamutu-born author Heather Morris.

According to Lancashire Evening Post reviewer Pam Norfolk, Morris’ book The Tattooist of Auschwitz is “a tale of the best and worst of humanity, and one that [Sokolov] had kept hidden for 60 years”.

“Sokolov (born Ludwig Eisenberg to Jewish parents in Slovakia) had been assigned to an unenviable but privileged job: he was the camp’s Tätowierer, the tattooist charged with marking his fellow prisoners with a number that they would carry on their arm forever, and which would become one of the most potent symbols of the Holocaust,” Norfolk writes.

“Waiting in line one day in 1942 – terrified and shaking – was a young woman with beautiful, dark brown eyes who caused his heart ‘simultaneously to stop and begin beating for the first time.’ She was Gita Fuhrmannova, also from Slovakia, and she would become the love of Sokolov’s life, the two surviving against all odds to spend the rest of their lives together. ‘I tattooed a number on her arm, she tattooed her name on my heart,’ he later told Morris.

“After Fuhrmannova’s death in 2003, Sokolov became part of Morris’ family in Australia as he shared his haunting memories and for 12 years his story existed as a screenplay but now it has been released as an extraordinarily moving novel, giving power and immediacy to real people and real events.”