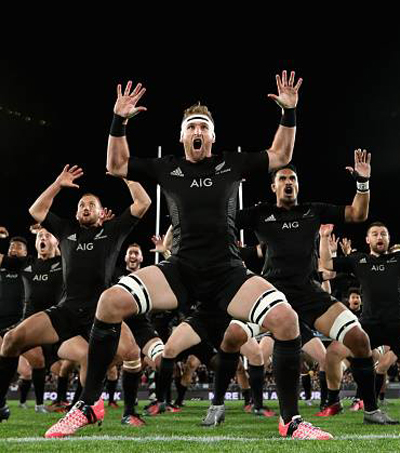 New Zealand’s All Blacks have beaten Wales 39-21 in the first test at Eden Park on Saturday, as reported in Fox Sports. The win “was achieved by a team beginning a new era after the retirements of six of its most experienced players, including former captain Richie McCaw and fly half Dan Carter,” as stated in the article.

“Wales fully stretched New Zealand, testing the worth and composure of newcomers to a world champion line-up, by matching the All Blacks’ two first-half tries and taking an 18-15 lead to halftime”.

But “New Zealand eventually ran away with the match by scoring three tries in the last 18 minutes and showing the coolness, even ruthlessness under pressure which won it back-to-back World Cups.”

“It was exactly what we thought it was going to be,” said Kieran Read, who led the team.

“The Welsh were fired up and we maybe started a bit too well. The boys were pretty eager but then realised what Test rugby is all about: You’ve got to work really hard.”

“We wanted to come and play some rugby. We knew we had to score tries,” said Welsh captain Sam Warburton.

“Our counter-attack was pretty good in patches but, credit to New Zealand, you make one mistake and its seven points, and two mistakes turn into 14 points.”

Their win extends the All Blacks’ winning streak on Eden Park to 34 Tests over 21 years.