NZEDGE  >  News  >  Innovation  >  Why NZ Is an Attractive Destination For Scientists 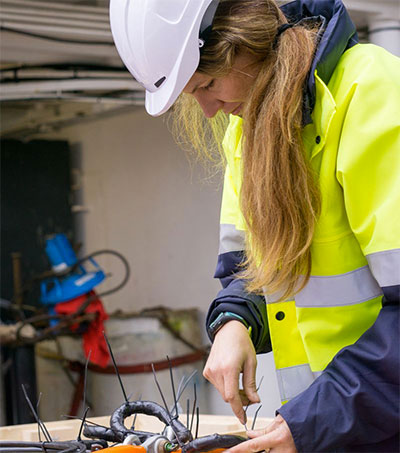 Why NZ Is an Attractive Destination For Scientists

Our country’s fertile research landscape, combined with a sustained funding drive, makes it a rewarding place to work, according to freelance journalist James Mitchell Crow writing for science journal, Nature.

At high tide, the Cook Strait is still and calm. Aboard the research vessel Tangaroa, spatial ecologist Kim Goetz seizes the moment before the tide turns, and sends an acoustic recorder plunging downwards. The recorder will spend the next six months moored to the seabed, capturing the calls of nearby marine mammals.

Coordinating New Zealand’s first large-scale deployment of acoustic recorders across the strait was one of Goetz’s first tasks after joining New Zealand’s National Institute of Water and Atmospheric Research (NIWA) in Wellington. “More than half the world’s species of whales and dolphins come through New Zealand waters, and there’s next to nothing known about them,” says Goetz, who left her native United States in 2014 to join NIWA. A canyon along the strait’s sea floor potentially makes it a popular hangout for deep-diving species.

The nation’s research community has a collaborative, can-do attitude – as Goetz’s Cook Strait survey attests. “I’m not an acoustician – in the United States, nobody would have asked me to do that kind of thing,” Goetz says. But in New Zealand, there is a smaller pool of researchers to draw from. “You can dabble in a lot of different areas,” she says. “You are always learning.”

“There’s fewer of us around, so we have to cover more bases,” agrees Charles Eason, chief executive of the Cawthron Institute in Nelson, the country’s largest independent science organisation.

The nation’s federal science expenditure has increased by more than 70 per cent over the past decade to $1.58 billion and the number of full-time equivalent research positions has grown by about 23 per cent since 2010, to around 25,000.

Scientists who have been in New Zealand for some time have few complaints. “A lot of us coming in realise we will probably never own a house,” Goetz says. But there are advantages to the New Zealand lifestyle, she says. “People here really have a value for personal time, and for family time,” she says. “And there’s a lot of open spaces, beautiful scenery and things to get out and do.”

“You could perceive our distance as a disadvantage,” Eason says. “But people are pretty keen to come here.”