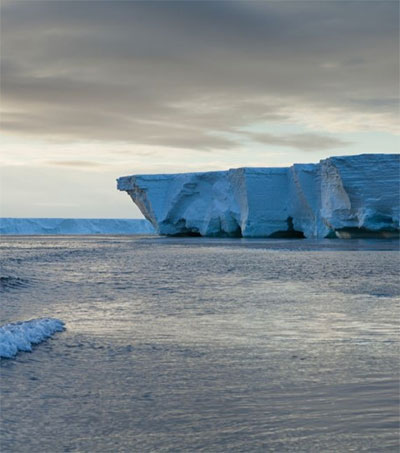 New Zealand scientists have peered into one of the least-explored swaths of ocean on Earth, a vast region located off the coast of West Antarctica. It is locked beneath a crust of ice larger than Spain and more than 300m thick, making its waters perpetually dark – and extremely difficult for humans to access, National Geographic reports.

Now, a team of researchers has bored a hole through the ice and sampled the ocean beneath it. Their work could shed light on a poorly understood, but ominous episode in Antarctica’s recent past.

The team of scientists began this two-month expedition in November. A ski-mounted Twin Otter aircraft ferried them 354km from the nearest base, landing near the middle of the Ross Ice Shelf – the massive slab of ice and snow, as flat and empty as a prairie, that hangs off the coastline of West Antarctica and floats on the ocean. Amid the glow of 24-hour summer sunlight filtering down through fog, they assembled an automobile-sized contraption of pipes, hoses, and boilers.

This machine generated a powerful jet of hot water, which they used to melt two narrow holes, each a few inches across, more than 335m down to the bottom of the ice. They then lowered cameras and other instruments through the holes, into the waters below. In doing so, they hoped to answer a question of worldwide importance: just how secure is the ice of West Antarctica?

The West Antarctic Ice Sheet is up to 3000m thick in some places. It sits in a broad, low bowl that dips thousands of feet below sea level – making it vulnerable to deep, warm ocean currents that are already nipping at its outer edges. It is stabilised, at least for the time being, by a phalanx of floating ice shelves, that hang off its outer edges – of which the Ross Ice Shelf is by far the largest. Those floating shelves provide a buttress; they “are holding back a very big amount of ice,” says Craig Stevens, an oceanographer from the National Institute of Water and Atmospheric Research (NIWA), who participated in the expedition.

The surprises began almost as soon as a camera was lowered into the first borehole, around 1 December. The undersides of ice shelves are usually smooth due to gradual melting. But as the camera passed through the bottom of the hole, it showed the underside of the ice adorned with a glittering layer of flat ice crystals – like a jumble of snowflakes – evidence that in this particular place, sea water is actually freezing onto the base of the ice instead of melting it.

“It blew our minds,” says Christina Hulbe, a glaciologist from the University of Otago, who co-led the expedition. The Ross Ice Shelf is considered more stable, at present, than many of West Antarctica’s other floating shelves – and this observation could help explain that: if a few inches of sea water periodically freezes onto the bottom of its ice, this could buffer it from thinning more rapidly.