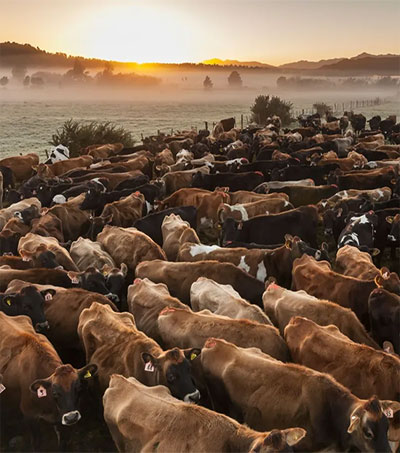 In October, Prime Minister Jacinda Ardern unveiled a world-first plan for New Zealand’s farmers to pay new taxes based on calculations of their herds’ emissions. The money raised by the tax would be returned to the ag industry for research, technology, and incentive payments to farmers for their efforts to reduce greenhouse gases – by planting trees on their land, for example.

On the current timetable, if Parliament introduces and approves legislation in 2023, the tax system should take effect in 2025, Wogan writes.

New Zealand’s climate change minister James Shaw noted some critics of the proposal have objected “that nobody else is doing it, so why should we? But somebody has to go first.”

“This is about New Zealand reducing its emissions. But in some ways it’s about us being an icebreaker for the rest of the world to follow,” Shaw said.