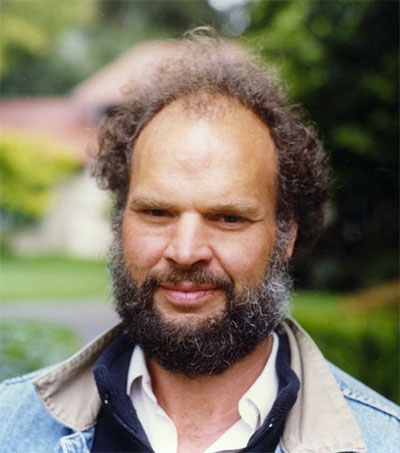 “In 1994, Gisborne-born mathematician Vaughan Jones walked on stage to address the Italian national academy in Rome’s Palazzo Corsini, lit a cigar and began to blow smoke rings. With a mischievous grin, he told the assembled academics, ‘When I did this in Berkeley, I almost lost my job.’ Jones, who was the first New Zealander to be awarded the Fields Medal for an invention that revolutionised the field of topology, the branch of maths that studies knots and other shapes, has died [in the US]. He was 67.” Journalist Davide Castelvecchi writes Jones’ obituary for weekly science journal, Nature.

“Mathematicians treasure discoveries that reveal links between distant branches of their discipline. Jones’s speciality, operator algebras, provided a powerful tool in the study of knots. His invention, which became known as the Jones polynomial, seeded some of the ideas that physicists later developed into the emerging field of topological quantum computing,” Castelvecchi writes.

“The ‘Jones poly-nomial’ was a powerful way of telling knots apart. In particular, it could distinguish most knots from their mirror images. It was the kind of tool that topologists had been seeking for decades. Soon, the polynomial and its refinements helped to solve long-standing problems, some of which had been formulated in the late nineteenth century by Peter Guthrie Tait – the smoke-ring pioneer. Researchers also found a plethora of connections between knot theory and physics. Jones investigated connections with statistical mechanics, the study of averaged properties of large numbers of particles.

“Jones was a laid-back personality even by the standards of mathematicians. ‘He was confident in his own powers and had a Southern Hemisphere scorn for social hierarchies,’ says his former doctoral student Emily Peters at Loyola University in Chicago, Illinois.”