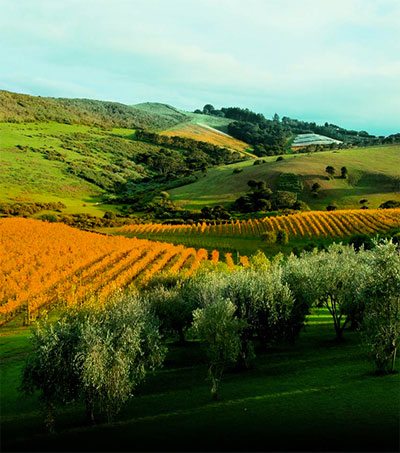 On the Waiheke Wine Trail

When you land in New Zealand, the wine is closer than you think according to Lori Rackl, a freelance journalist writing for the Los Angeles Times. Rackl begins her vineyard tour on Waiheke Island to visit some of the 20 “fantastic boutique wineries” less than an hour’s drive from downtown Auckland.

“City-dwelling Kiwis escape here on weekends for the laid-back vibe, the weather (it’s usually warmer and drier than on the isthmus) and the wine, especially Bordeaux-blends and syrahs.

“I rented a bike in the island’s main town of Oneroa because my favourite way to explore wine country is on two wheels.

“I needed some hydration by the time I rolled into the olive grove surroundings of Stonyridge, the second-oldest vineyard on an island that didn’t grow grapes until the 1970s.

“Stonyridge owner and head winemaker Stephen White chose this spot to plant his first vines in 1982. He wanted to make Bordeaux-style reds and figured the gentle, north-facing slopes would be his best shot at ripening the fruit he needed.

“His instincts proved right. Today some vintages of Stonyridge’s signature Larose wine – made mostly of cabernet and merlot grapes – sell for US$325 a bottle. That’s more than my wine budget for a month, but for a hot minute I could roll like the 1 per cent.”