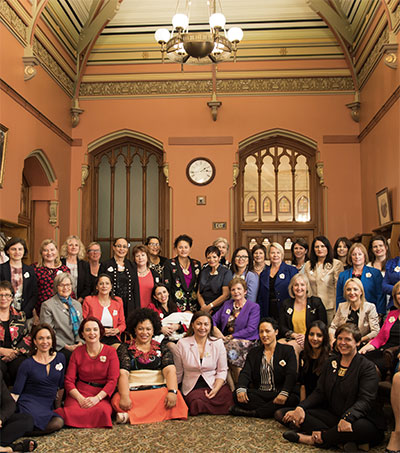 For the first time in New Zealand’s history, a majority of its lawmakers are women, Nick Perry writes for Associated Press in a story published by the Los Angeles Times.

Soraya Peke-Mason from the liberal Labour Party has been sworn in to the parliament, replacing former Speaker Trevor Mallard, who left to become ambassador to Ireland. With the resignation of another male lawmaker, Peke-Mason’s induction has tipped the balance in parliament to 60 women and 59 men.

“Whilst it’s a special day for me, I think it’s historic for New Zealand,” Peke-Mason told reporters.

The milestone places New Zealand among a half-dozen nations in the world that this year can claim at least 50 per cent female representation in their parliaments, according to the Inter-Parliamentary Union. Other nations on the list are Cuba, Mexico, Nicaragua, Rwanda and the United Arab Emirates.