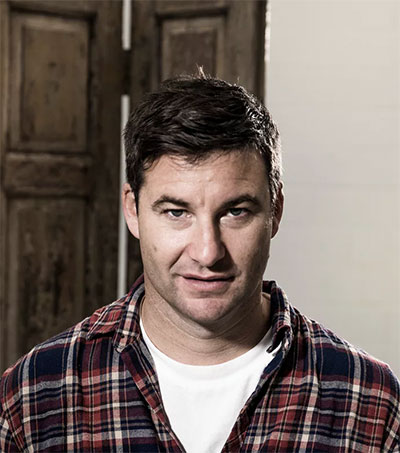 Less than a month away from the birth – which will make Jacinda Ardern the first serving head of government since Benazir Bhutto to have a baby – television host Clarke Gayford, 40, who will be a stay-at-home dad, is as ready as you can be.

Recent weeks have been quite an eye-opener for the fishing-mad boy from sleepy Gisborne. Accompanying Ardern on a trip to Europe that took in the Commonwealth heads of government meetings, he felt right at home with the royal family: “Jacinda was given probably one of the longer audiences with Camilla and Charles.” The heir to the throne wanted to chat about fishing and advocacy groups. At dinner, Ardern exchanged notes on parenting with Prince William, while Gayford was next to “hilarious” Princess Anne.

He’s lucky that he gets to dip in and out of the “surreal” part of his partner’s job. With time to spare recently he felt the need to “reset”, so jumped in his old ute and drove to Gisborne to see a mate who “literally lives in the bush” and spent a couple of days out on the water.

It may be a while till the next reset. Ardern plans to return to work six weeks after her due date, 17 June, relieving deputy PM Winston Peters, and Gayford will be at home with the baby. “It’s going to be quite a bit different, isn’t it?” How does he function on little sleep? “I’m hoping my years of DJing will pay off.”

He will be back working himself soon. The third season of his TV show, Fish of the Day, which travels the Pacific in search of impressive catches and a fine meal, is due to be produced next summer, though this will, of course, depend on baby. Gayford will have to be even more regimented, he accepts, and parents will have to be called on for favours. The couple will have to travel a lot, and he will probably move to Wellington for a while with the child.

Have they thought about what their child will inherit? “There’s a strong line of Gayford noses.” And temperament? He’s read how an expectant mother “should be calm and clearheaded with thoughts of bunnies and fields” as he watches his partner in robust parliamentary debate. “I’m hoping the child picks up some of mum’s temperament.”