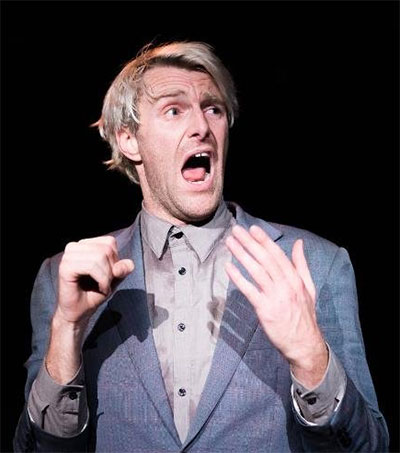 Trygve Wakenshaw Back for Mime Fun in Perth

Dubbed Wakenshaw’s most daring work yet, Nautilus takes more of a narrative form than his previous show, Kraken.

“It was my vegan message show, so there is a little storyline about this bad man that keeps wanting things from animals and the animals get their revenge in silly little situations,” Wakenshaw says.

Trained at legendary clowning school École Philippe Gaulier, Wakenshaw originally got into mime when he realised he didn’t have a knack for writing jokes, but he was gifted in moving his body in amusing ways.

It’s also not just down to the physical aspect. Wakenshaw says to be successful in the craft, one must give themselves over to a “playful fantasy world”.

“Some people are very good at imagining they are in a land full of dragons and mysterious teapots,” he says.