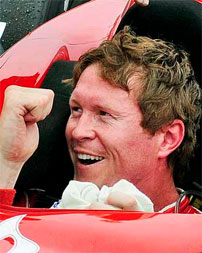 Top of the Podium for Dixon

New Zealand speedster Scott Dixon driving for Ganassi Racing, has won the IndyCar Series’ Indy Japan 300 mile auto race at Twin Ring Motegi in Motegi. And if there’s one word that describes Dixon it’s consistent. In each of the past five years, he is the only driver who has been in the top four with two races to go. After a slow start, Dixon recorded his fifth podium finish and fourth in the last five races at Toronto in July, where he finished second. Whatever happens at Kentucky Speedway on 2 October, Dixon figures the championship will come down to the last race in Las Vegas on 16 October. “The championship, I think going back to every year since 2006, has been decided in the last race so I don’t think it’s fair to count anyone out until the last lap of the season,” Dixon said.