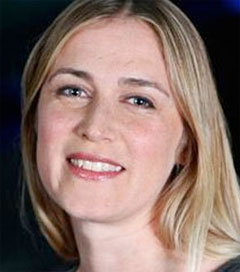 Thinking Even Bigger from Google in Silicon Valley

Scotts Ferry, Harvard University, Wall Street, the White House – Victoria Ransom’s journey from rural Rangitikei to an executive’s chair at the Googleplex is one of New Zealand’s most stunning success stories, The New Zealand Herald’s Jamie Morton writes. Ransom, the surfing, snowboarding 37-year-old founder of tech business Wildfire, must be used to seeing her name on power lists, whether as one of Fortune magazine’s Most Powerful Women Entrepreneurs or Business Insider Australia’s 50 Sexiest CEOs.

Yet she has hung on to who she is – the woman we chat with in a meeting room at the California headquarters of her new employer, Google, hasn’t been warped by the astonishing success. “I like who I am. I really don’t want to change. I think I was raised on certain core values,” she says. The day Ransom and Alain Chuard, Swiss business partner and now husband, drove for a meeting at Google headquarters in Mountain View, near San Francisco, she became a multimillionaire. The acquisition deal, struck last year, was reported to be US$250 million ($313 million). “Frankly, the very most exciting time was when we told the team, and how they reacted … it was just mind-blowing.”

And despite being bought, the company has been able to carry on much the same as it had been. “They’ve offered us a lot of flexibility, so credit to Google. Some acquirers come in and they really slow companies down, so we’ve been able to keep executing in every part of our business, hitting our financial objectives and continuing to roll out products. As chief executive, the change has seen her more involved with her company – and pushed her to think even bigger. “It’s not how you are going to reach millions of consumers, it’s how you are going to reach billions.”