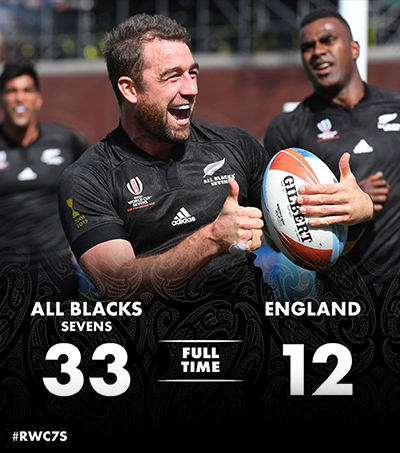 For only the second time in world rugby sevens history, the New Zealand men’s and women’s teams have won their respective World Cups, with the men sealing the rare accomplishment with a 33-12 win over England in San Francisco today.

Their win follows the Black Ferns’ 29-0 win over France and, as defending champions, what was their back-to-back world cup win. In 2013 in Russia, both the men’s and women’s teams won their respective titles.

The win also means both men’s and women’s sevens and 15-a-side teams are world champions in their respective disciplines, a never-before-seen double double.

Scott Curry was named man of the match, while Kurt Baker posted a cheeky photo on Instagram of the team celebrating.