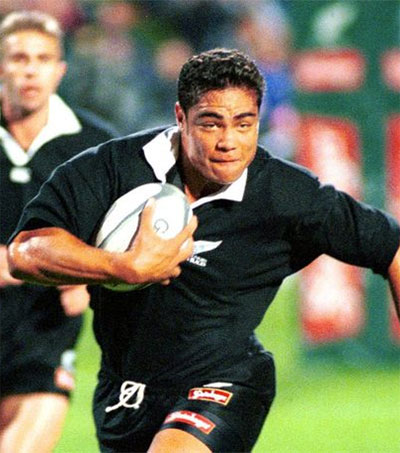 Former Samoa and All Blacks flanker Dylan Mika has died in Auckland of a heart attack at the age of 45.

Mika played two tests for Samoa and seven for the All Blacks who he represented at the 1999 World Cup.

New Zealand-born Mika first played internationally for Samoa, featuring twice in 1994, before standing down for three years to enable him to play for the All Blacks.

From the Blues he was drafted to the Chiefs, where he performances helped him earn selection for New Zealand.

He played a total of seven Tests for the All Blacks, the first of which came against Samoa, who were skippered by his cousin Pat Lam.

Mika played in the 1999 World Cup, starting once against Italy in Huddersfield.

New Zealand Rugby chief executive Steve Tew said: “Dylan is one of the rare talents that represented both Samoa and New Zealand at a time when rugby had not long turned professional.

“He continued to have an active involvement in rugby both in Auckland and Samoa, and in particular, in his loyalty to the New Zealand Barbarians.”

“He was always a quiet achiever. That was a hallmark of his rugby career and life in business and administration,” Jones told the New Zealand Herald.

“It’s a wonderful story because he always had the challenge of living with diabetes from a very early age. We saw first-hand how he had to manage that and the way it could undermine his ability to train and perform at the highest level but it never stopped him excelling and reaching the very pinnacle.”