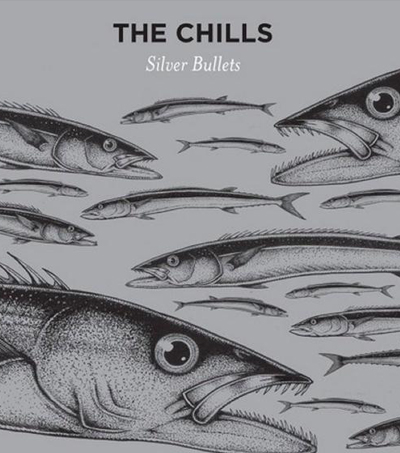 The Chills spearheaded by Martin Phillipps will release their first full length album – Silver Bullets, in 19 years on October 30. A full band tour is planned for 2016 and Martin Phillipps reportedly will be taking to the road for solo shows across Europe this autumn.

“Silver Bullets hails the return of one of New Zealand’s most respected exports; Bursting with chiming Dunedin-pop anthems, melodic rock and Phillipps’ playful punk-rock tendencies, the thrilling new album brings them to the next chapter”, writes Troy Michael in an article on Innocent Words.

Ahead of Silver Bullets’ release the band has shared Warm Waveform’ – one of their new tracks, with their fans.

“‘Warm Waveform’ is a soothing, minimal pop-rock tune that’s more about sonic warmth than chills. The arrangement uses pitter-pattering drums as the backdrop for spacious guitar twangs and reverberating piano chords, and the whole thing gradually becomes more sweetly enveloping as it goes on”, according to Alex Hudson in an article on exclaim.ca.

The Chills is a New Zealand band that formed in 1980 and currently consists of Martin Phillipps, James Dickson, Todd Knudson, Erica Stichbury and Oli Wilson. Martin Phillipps is the group’s sole constant member as the group disbanded and regrouped a few times over the course of his career. They have had significant chart successes in the 1980s and 1990s.