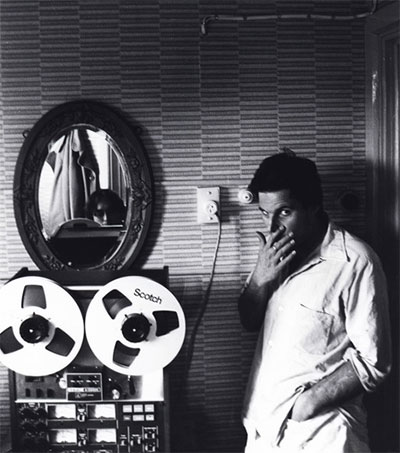 “We forget, or don’t know, or don’t think about it – how difficult it used to be to release records if you weren’t signed to a major label, pre-digital download, pre-social media, pre-internet, never mind if you were in New Zealand,” Katrina Dixon writes for the UK’s Wire magazine.

“But even as a music fan who wanted to get the sounds of his burgeoning local post-punk scene out to a wider audience, Roger Shepherd knew he was ‘already part of something much bigger’ when he started Flying Nun 35 years ago in Christchurch with a few hundred dollars and an audacious blast of the new in a 7″ single by The Pin Group.

“The bedroom-run record label famed for exporting the Dunedin sound, in truth a vivid plurality of sounds from otherworldy pop to the intense avant garde by the likes of The Chills, The Clean, Tall Dwarfs, The Bats, Straitjacket Fits, Look Blue Go Purple, Snapper and many more, is now acknowledged as one of the hugely influential independents worldwide that created an alternative music-releasing model.

“The road to cult success has never been easy or straightforward, but Shepherd’s memoir [In Love With These Times: My Life With Flying Nun Records] about the times, the music and Flying Nun travels with ease and a generosity of spirit.

“The real pleasure throughout is Shepherd’s evocative capturing of growing up in New Zealand in the 1960s and 1970s, a backwater where even Velvet Underground records were rare and expensive, and also his insights into the bands and characters.

“The Gordons were ‘spare intense and driven’, Chris Knox (pictured above), the inspiring scene elder whose punk band The Enemy were the bloom from which many Flying Nun seeds flew, was ‘rather bolshie, sharp-witted’.

“At one point Shepherd declares, ‘People elsewhere really needed to hear this music’, as if shrugging off epitaphs of passion and vision with dedicated certainty.”