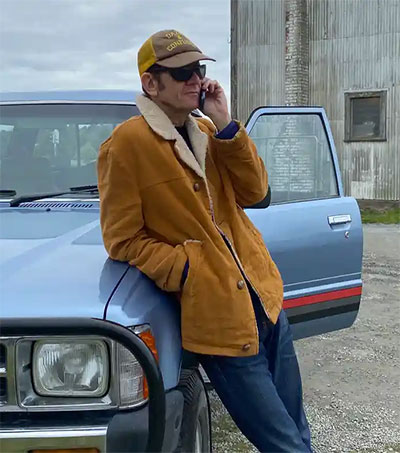 Beloved by the likes of Dry Cleaning and Grouper, New Zealand guitarist Roy Montgomery’s life has been hit by more than one tragedy, stories he traces in meditative instrumentals, Stevie Chick writes in a profile for The Guardian.

While travelling through the US in 1994-5, Montgomery recorded two albums, Scenes from the South Island and Temple IV, which would set the tone for three decades of maverick work by the quietly avuncular guitarist. “My partner Jo had died in 1992, and I felt I owed it to her to travel and deal with what had happened,” he says, via Zoom from his home in Christchurch. “I sub-let an apartment in New York from a friend with a four-track recorder and lots of effects. It was lonely, like solitary confinement, but it was good that I just sat there and processed what had happened, and turned it into something.”

The mesmeric guitar instrumentals he recorded in that apartment marked a turning point in Montgomery’s fitful musical career, Chick writes.

Montgomery’s beautiful new album, Camera Melancholia, which shares a similar sound and imperative to Temple IV, is out now.