NZEDGE  >  News  >  Arts  >  Pandemic Responses to Music from The Beths 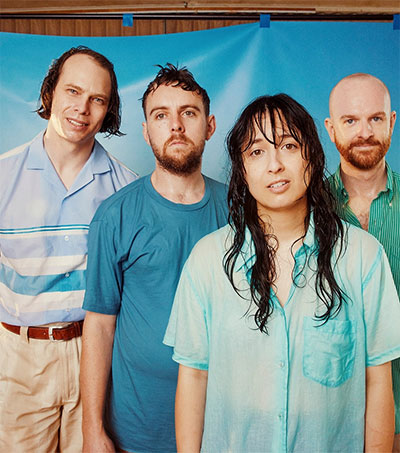 Pandemic Responses to Music from The Beths

“Thanks in large part to an early 80s explosion of talent centred on Dunedin, and shared with the world via the Flying Nun label, New Zealand played a pivotal role in the evolution of indie music. The Beths, from Auckland, are the latest musical export to follow in the footsteps of the Clean, the Chills, the Verlaines et al,” Phil Mongredien writes for The Guardian, in the news site’s ‘One to Watch’ column.

“Currently on tour in Australia and their homeland in support of the new album (the excellent Expert in a Dying Field), they’re relishing the contrast with the more muted, pandemic-affected response to its predecessor, 2020’s Jump Rope Gazers. Stokes recently told Our Culture magazine that back then, ‘it was kind of weird putting a song out and then sitting at home, twiddling your thumbs being like, I wonder if anybody likes it’. This time around, ‘it’s been really nice seeing a song come out and then playing it the next day and there’s people who already know the words’.”