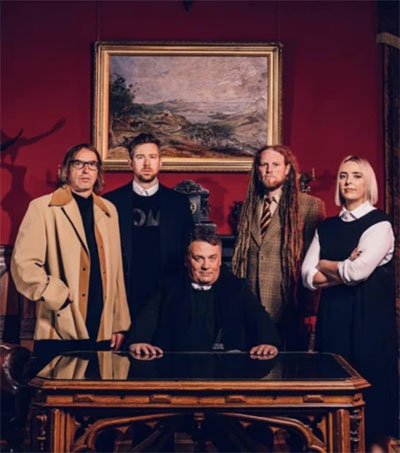 Ten of the Best from The Chills Back Catalogue

Dunedin-formed band The Chills is releasing a new album, Scatterbrain. To celebrate, The Guardian counts down 10 of their top songs.

“A singular band, The Chills are difficult to stylistically define because their diverse sound traverses lush psychedelia, whimsy and gloom, punk rock and bright jangly pop,” Auckland-based Kiran Dass writes for the publication. “Known for their revolving door policy on band members, perhaps rivalled only by the Fall (there have been at least 33 members of the Chills over their 41-year career), the one constant is Martin Phillipps. And they’re back with Scatterbrain, their first album since 2018.”

The 1987 single ‘House with a Hundred Rooms’, released on the album Brave Worlds, sits at number one on Dass’s countdown.

“Gauzy and wistful, it’s drenched with melancholic yearning. It sounds distant, like it’s beaming in from a different room or from underneath the floorboards. And when that unexpected, uplifting organ drifts in from out of nowhere at the end, the song ends on a quietly joyous note,” she writes.

Tags: Chills (The)  Guardian (The)  House with a Hundred Rooms  Martin Phillipps