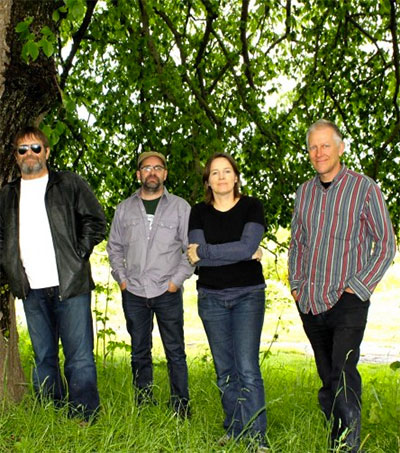 To mark a new LP from New Zealand’s The Bats, the Guardian takes a look back at ten of the best moments from the label that spawned them.

“Founded in 1981 by Christchurch-based Roger Shepherd, Flying Nun Records is one of the world’s great independent labels,” Andrew Stafford writes for the newspaper. “But the locus of the emerging New Zealand punk and post-punk scene and many of its key players was further south, in Dunedin: all bar one of the following bands, Christchurch’s JPS Experience, hail from the university town in the region of Otago.

“At its peak the label was home to dozens of bands, so this is not the 10 best, but 10 of them – with apologies to Bailter Space, Alastair Galbraith and the late Peter Gutteridge, all storied figures in the New Zealand pop history.

“Shepherd walked away from the label in 1999, selling it to Warner. In 2010 Crowded House’s Neil Finn, who owns a quarter share, helped him to buy it back again. Large chunks of the label’s catalogue are being reissued by Brooklyn’s Captured Tracks, with The Clean, The Chills and The Bats – who released their seventh album, The Deep Set, [last week] – remaining active to this day.”