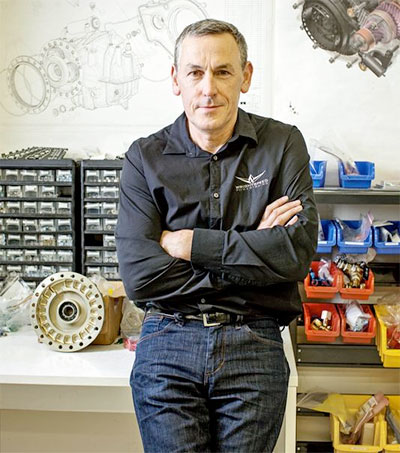 A decade ago, New Zealander Ian Wright and a few tech-minded buddies got together bent on creating a fast and cool electric car. They called the company Tesla Motors. Now, Wright is determined to electrify the commercial truck.

While the idea might sound crazy, Wright’s logic and math are intriguingly simple.

“Besides the fact that modern cars are already very clean, your average Toyota Camry driver only uses about [2000 litres] a year, while a garbage truck will use [53,000],” Wright says.

“It makes the most economic sense to focus energies on a sector where you can displace the most fuel … We’re going after high polluters and in that sense our economic proposition could allow us to scale bigger than Tesla.”

Companies gradually are buying Wright’s pitch. His electric powertrain start-up, Wrightspeed, last year contracted with FedEx to retrofit 25 of its medium- to heavy duty-trucks with battery-powered engines that can be recharged through regenerative braking or by small turbines fuelled by natural gas or propane.

More recently, Wright got the green light from The Ratto Group, a San Francisco Bay Area garbage and recycling company, to convert 17 of its rubbish trucks.

“What Tesla has achieved in terms of changing people’s perceptions about electric cars, from golf carts to vehicles that compete with Mercedes and Porsche, is beyond my wildest dreams,” Wright says.

Wright is convinced that electric power ultimately will make a bigger splash by cleaning up the world’s commercial vehicles than it will by ferrying around average citizens in often pricey machines.