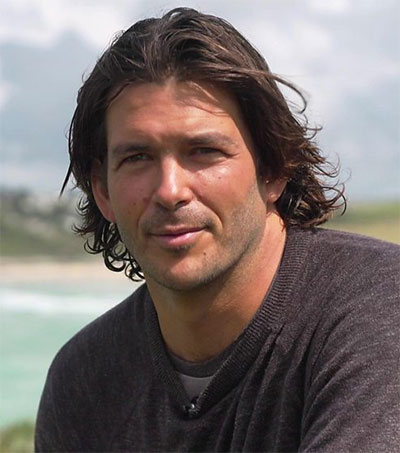 New Zealander Jay Quinn, 36, is well-placed to become Team GB’s first surfer at the Olympics – thanks to a rekindled enthusiasm with the sport and his Welsh-born mother. BBC Sport Wales correspondent Dafydd Jones finds out more.

Quinn was living from the back of his van in 2016 when the International Olympic Committee announced surfing would be included at the 2020 Olympics.

He had given up on his professional surfing career and was travelling around Europe, Jones reports.

Born and raised in Gisborne, Quinn qualifies for Britain through his mother Pip, originally from the south Wales seaside resort of Barry.

His was a surfing family with father, Gary, the president of Surfing New Zealand, and Pip founding ‘Women in Waves Surf Camps’, which became a major organisation.

However, after turning 30, he grew tired of all the travelling and headed to Europe with a few possessions and a surfboard to catch waves for fun.

But his competitive surfing career was far from over.

Quinn, who works in construction, has claimed back-to-back Welsh, British and European titles and travels to Miyazaki, Japan, to compete in the International Surfing Association World Games from 7-15 September.

A good finish among the top Europeans will see him secure Olympic qualification.

“The Olympic dream never crossed my mind a few years ago when it was confirmed,” said Quinn, who started surfing aged nine and now lives in Cornwall.

“Now I’m in Team GB and heading to Japan with a good chance I’ll lock down a spot for the Olympics which blows my mind because it wasn’t on the radar three years ago.”