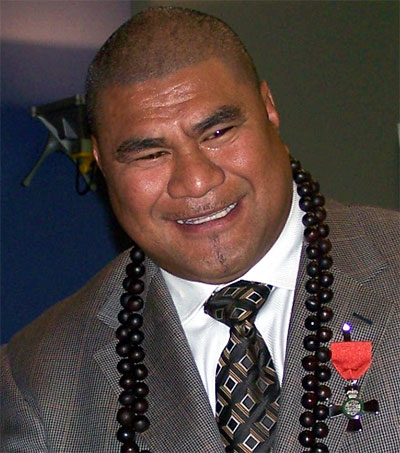 Samoa-born Va’aiga Tuigamala, a former All Black, and rugby league player for Wigan Warriors and Newcastle Falcons dual-code international, has died in Auckland at the age of 52, BBC Sport reports.

Tuigamala, nicknamed Inga the Winger, started his career in union, playing 19 times for New Zealand before switching codes to sign for Wigan. He also played for Samoa from 1996-2001.

He made 102 appearances for Wigan between 1993 and 1997, winning three league titles, two Challenge Cups, a Premiership and World Club Challenge.

“He was one of the most exciting rugby players to play either code,” Wigan executive director Kris Radlinski said.

“His presence on the rugby field was huge.”

The All Blacks tweeted that Tuigamala, All Black No 900, was “an icon and an inspiration” and “an all-time great who achieved things on and off the pitch others could only dream of”.

Since the end of his rugby career, he acted as advisor for his cousin, professional heavyweight boxer, David Tua, and ran a funeral director company, “Tuigamala and Sons of Glendene” for which the most notable client to date was the late King of Tonga, Taufa’ahau Tupou IV.