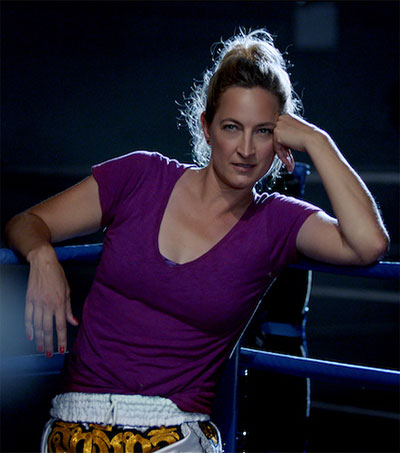 It’s been 20 years since New Zealander Zoë Bell arrived in Los Angeles, where she soon took her stunt double career to another level. The Waiheke Island-native made her name after the iconic stunt collaboration with Uma Thurman in Quentin Tarentino’s 2003 Kill Bill: Volume 1. Bell talks to Canadian film site, ScreenAnarchy about Tarentino’s retirement and her involvement in making the 2021 action film, Haymaker.

Bell, 42, coordinated the stunts in Haymaker, was an executive producer, directed the second unit, and has a small role.

In her interview with ScreenAnarchy, Bell says the project is symbolic for the evolution of her career.

“In the last couple of years there’s been a shift for me, where things have started to amalgamate a little bit, instead of being only a stunt person, or only an actress, or only a producer,” Bell explains. “I love the collaborative experience.”