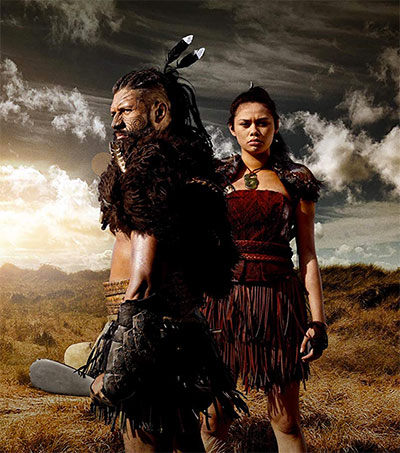 Years of big-budget location shoots have given rise to a thriving New Zealand film and television sector. Hollywood Reporter correspondent Patrick Brzeski examines how a “happy confluence of preparation and opportunity is giving New Zealand’s filmmakers the chance to tell their own stories on a global scale for the first time”.

Annabelle Sheehan, chief executive of the New Zealand Film Commission, likes to say that Disney’s Thor: Ragnarok was “the most expensive New Zealand film ever made – which Hollywood and Australia paid for”.

The film, of course, isn’t actually a New Zealand production at all, and it was shot in regional production rival Australia. But thanks to the offbeat humour and casting choices of its director, Taika Waititi, the Marvel Studios blockbuster had an unmistakably New Zealand accent and sensibility, Brzeski writes for the magazine.

In this regard, Ragnarok – and presumably its forthcoming sequel, which Waititi signed on to direct in July – represents the inverse of Hollywood’s usual mode of tentpole filmmaking when it comes to New Zealand.

The steady influx of Hollywood tentpoles, like The Meg, Mission: Impossible – Fallout and the Avatar sequels, has produced exactly the kind of vibrant domestic ecosystem that national film incentives are designed to create.

“Twenty years ago, film and television was mostly a hobbyist industry for a lot of people here,” local producer Matthew Metcalfe says. “Now you can hardly walk down the street in Wellington without falling over someone who has an Oscar, and we have some of the most amazing facilities and crews in the world.”

Metcalfe recently wrapped production on The Dead Lands, a TV series adaptation and expansion of a 2014 local film of the same name. The series, like the film, is an action adventure story set in New Zealand’s pre-colonial Māori society – a careful re-creation of the culture and customs of the country’s indigenous peoples, but one done with enough action and violence to qualify as a thriller. Produced by AMC’s specialty streaming service Shudder, it’s also the first New Zealand TV series to be commissioned directly from the US.

“It’s quite proper that it could have only come from New Zealand,” Metcalfe says, noting that the cast is made up almost entirely of young Māori actors. “If you had told these actors five years ago that they would come out of acting school and get a role in a US-backed TV series and that they wouldn’t have to be playing the Middle Eastern guy, but instead could represent themselves – their own culture – they would have said, ‘No way’.”