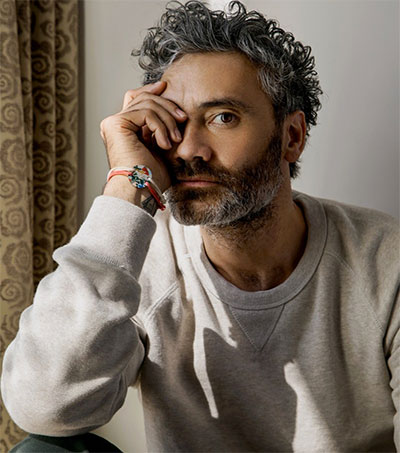 “You don’t have to be a Hemsworth brother or a famously stylish soccer icon to [be] the [sexiest man alive] – at least on our list.” In lieu of People’s 2017 choice of country superstar Blake Shelton, Vogue magazine looks at 12 men who they “wouldn’t mind taking the title this year”, and it includes New Zealand film director, Taika Waititi.

“Admit it, you went to see Thor: Ragnarok in part because of its hilarious and handsome director, Waititi,” Janelle Okwodu writes. “Multitalented – check out vampire mockumentary What We Do in the Shadows for a taste of his comedic side – and capable of pulling off a floral short set (no small feat!), Waititi is definitely crush-worthy.”

He is currently working on Bubbles. The film tells Michael Jackson’s story through the eyes of his pet chimpanzee, Bubbles, with Waititi planning to make it a stop-motion animated film.

Waititi, 42, is from Wellington.