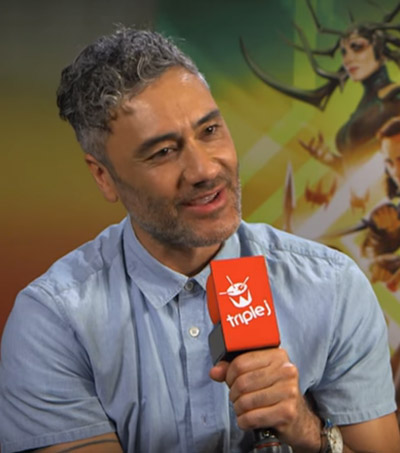 “There are fans who are going to want to come back for more just to notice every detail that New Zealand director Taika Waititi stuck in”  Thor: Ragnarok, writes Luke Y. Thompson in an article for Forbes. “There are a few that you might just have to be from a continent Down Under to get, as revealed on the Blu-ray commentary track.”

“Not many people know that the coloring of Valkyrie’s ship, they are the colors of the Maori flag, the native peoples of New Zealand,” said Waititi in the commentary.

“And in a nod to, shall we say, traditional commerce, the actual names of the spaceships, like Commodore, are based on car models made by Australia/New Zealand car company Holden,” writes Thompson.

Waititi also commented on the Australia reference in the colouring of the hero spaceship.

“Being in Australia, I was really struck by the culture there, by a lot of those things,” said Waititi.

“And I thought, you know what? Let’s make the hero spaceship in this movie the color of–the original people from Australia, the color of their flag…It’s like they’re escaping from Sakaar in the Aboriginal flag, and it made me very proud to have those colors there.”