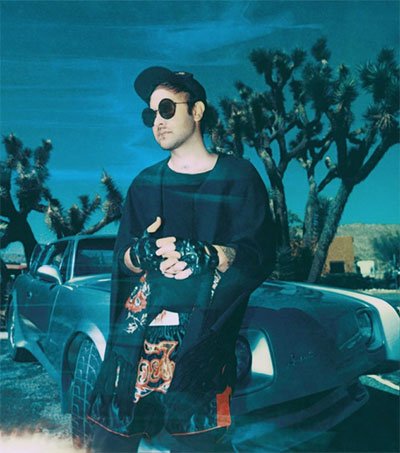 Nielson, 38, and Waititi, 42, are two of New Zealand’s hottest cultural exports. Waititi, a man whose colourful dress sense famously set Jeff Goldblum’s brain on fire, is the indie auteur-turned-blockbuster director behind Boy, What We Do in the Shadows and Thor: Ragnarok. And Nielson is the brains behind beloved indie-rock crew Unknown Mortal Orchestra, who perfect their home-brewed psychedelic soul and funk on fourth album Sex & Food, released this month.

A quick glance at their respective CVs reveals striking parallels: both enjoyed international acclaim after leaving their home country to live in the US. Both grew up as half-Maori kids in New Zealand during the 1980s: Nielson in Auckland, Waititi on a farm in the eastern cape region of the country. And both were big childhood fans of Michael Jackson, whom Waititi believed at the time was from North Island (Bob Marley, the director adds, was from down the road in Ruatoria).

“There’s almost a rural flavour to the humour in it. There’s some dumb shit in there, but we Polynesians are real self-deprecating, we love to laugh at each other. So there’s a lot of stuff where we get to poke fun at the franchise and how ridiculous superheroes are,” Waititi says.

Neilson responds: “In Hunt for the Wilderpeople there were lots of bits that might have flown under the radar. But for a Kiwi of a certain generation, those references hit hard. I didn’t expect that with Thor, but it was really the same. Watching it in Portland [where I now live] I found myself laughing at all the bits where everyone else was silent. And they happen so quickly, too – like the bit with the ‘booze hag’. Or the bit where Thor says that ‘the hammer pulls me off’. I was like, ‘How did he get these things in there?’”

Neilson says he appreciates being Polynesian more in the US than in New Zealand.

“When I go back now, I find myself being more aggressive when I’m pronouncing Maori names around people who refuse to do it,” he says.

“Yeah,” Waititi agrees. “Because they don’t mispronounce French words, do they? They can say fucking ‘camembert’ properly.”