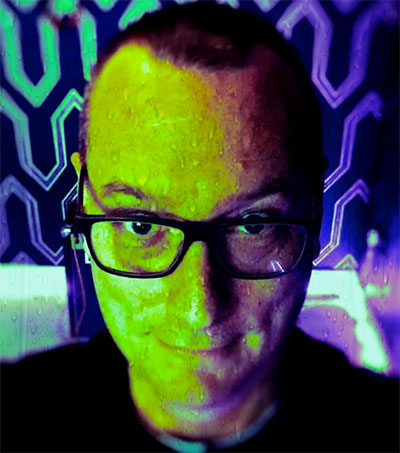 With the performing arts sector still impacted by the pandemic, The Scotsman is commissioning a series of short video performances from artists all around Scotland and releasing them online, with introductions from their critics. For a September session, Linlithgow-based New Zealander Carey Walton, aka Studio Kind of Green, performed his song Forevermore with his daughter Maya Walton.

Studio Kind of Green is the musical alias of Carey Walton, a semi-awkward moniker (referencing his label Kind of Green Records) for a multi-instrumentalist who doesn’t play it easy, music journalist Fiona Shepherd writes. “I like to merge stuff that doesn’t naturally sit together,” he says of the SKOG sound which encompasses rock, reggae, jazz, funk, soul and electronica.

His Scotsman Sessions selection, Forevermore, was, he tells Shepherd, “a pragmatic choice based on availability of vocal talent. My daughter Maya studies in Glasgow and has periodically returned home, so couldn’t say no.”