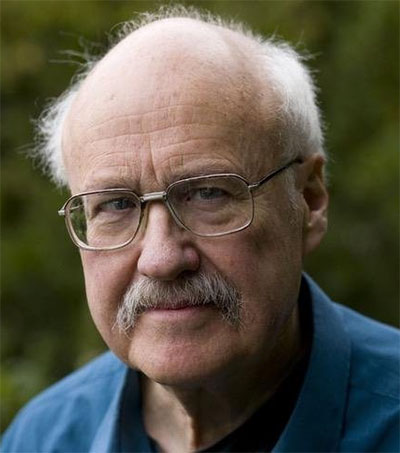 As a composer, everything Wellington-born composer Lyell Cresswell produced was pointedly genuine, Ken Walton writes in an obituary for The Scotsman. His output was immense, covering all genres from solo voice and chamber ensemble to large-scale orchestra, choral and opera, emanating from a musical voice that was probing, proficient, relevant and fiercely original. “He was an adventurer”, says fellow composer and author of Scotland’s Music, John Purser.

Cresswell, who has died in Edinburgh, aged 77, graduated from Rongotai Boys’ College and attended Victoria University in Wellington, studying composition with Douglas Lilburn. Cresswell moved to Aberdeen with his wife, Catherine Mawson in 1972.

A close association with the Scottish Chamber Orchestra resulted in some of his most audacious works, Walton writes, from the epic Shadows Without Sun, for which he drew on his own experiences in (albeit self-imposed) exile, and his concerto for chamber orchestra, Of Smoke and Bickering Flame, to the completion of a movement from the unfinished Symphony No 3 by Edward Harper, a close friend who had just died.

Cresswell’s music has been lauded worldwide, from performances at the Warsaw Autumn, BBC Proms and Edinburgh International Festival, to Tokyo, Bologna and New Zealand. Among numerous awards were recommendations by the Unesco International Rostrum of Composers, an honorary doctorate from Victoria University in Wellington, the inaugural Elgar Bursary and the Sounz Contemporary Award for his Piano Concerto.