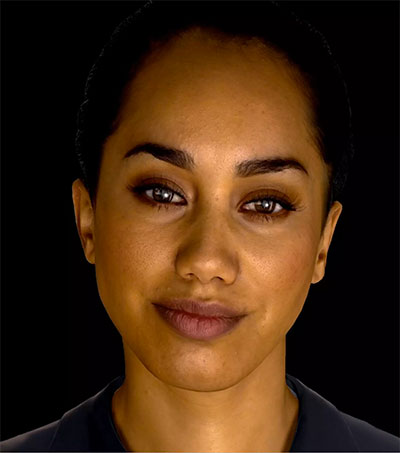 The company looks to produce thousands of digital humanoids in the next three years, with plans to expand into Asia for the first time in the next 12 months.

In Asia, Soul Machines will launch projects with companies in Japan and China in the first half of next year. It also wants to expand to Southeast Asian countries like Singapore.

“We tend to look for industries where we know they are going to go through substantial change, such as banking, autos, health care and education,” chief business officer Greg Cross told the Nikkei Asian Review.

“The Chinese market is hugely exciting,” Cross said, as “there are opportunities to leapfrog industry infrastructure” that is relatively underdeveloped, lacking sufficient access to health or financial services.

“Over the next few years we would expect our team to grow to as many as 200 to 300 people to support the business,” Cross said.

One of these humanoids can be created and implemented for “less than half a million dollars,” according to Cross. The company charges annual subscription fees based on factors such as the number of personalities and languages, as well transaction fees that vary with the number of conversations.

The startup was co-founded two years ago by Mark Sagar, who won sci-tech Academy Awards for the films King Kong and Avatar. It has attracted investors including Hong Kong-based Horizon Ventures, as well as founders of Facebook and Google-owned AI company DeepMind, the developer of the AlphaGo program.

“There are some jobs that digital humans and AI can do better than real humans,” Cross told Nikkei, mentioning customer support. Humanoids become practical for providing personalised services to a large number of users, collecting information and learning in the process. They are better than humans at providing specialised information and analysis based on vast quantities of data, he added.